United Kingdom Homecare Association (UKHCA) has criticised the government accusing them of being ‘disinterested in the 715,000’ care workers during the pandemic. 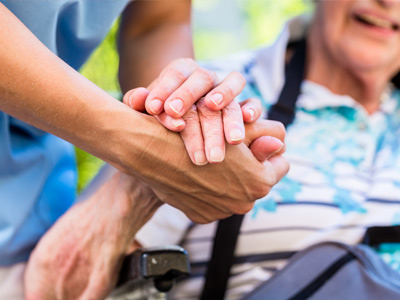 The chief executive of United Kingdom Homecare Association (UKHCA) has criticised the government over the lack of testing and costs of PPE, accusing them of being ‘disinterested in the 715,000’ care workers during the pandemic.

In her open letter to Stuart Miller, director of Adult Social Care Delivery at the Department for Health and Social Care, Dr Jane Townson expresses her concerns with the lack of information to home care providers and how she is ‘frustrated by the focus of politicians on care homes,’ saying the only message for home care providers was to ‘follow government guidance on PPE’.

Her letter is in response to the missive from the Department for Health and Social Care warning care providers that the UK is experiencing a rise in confirmed COVID-19 cases.

She states: ‘If the government is serious about minimising the spread of COVID19 among the care workforce and those they support in communities, it needs to fully fund the cost of PPE for care workers and ensure there is availability and accessibility of antigen testing as required for the home care workforce as well as for those in care homes.’

Dr Townson has asked the government for an explanation into lack of testing after reports by officials to meetings UKHCA had attended made it clear ‘inadequate laboratory capacity for testing’ is the reason for a lower prioritisation of testing in homecare.

She added routine testing is not available for home care workers in areas where there are lockdowns and it was ‘unacceptable’ some areas are ‘experiencing a fast and efficient service’ for testing while others are being directed hundreds of miles away and having to ‘wait days for results’.