Dementia is the leading cause of death in the UK. 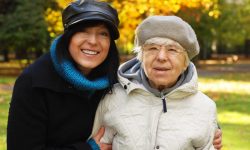 Recent news headlines have reported dementia is the leading cause of death in the UK.

Dr Clare Walton from the Alzheimer’s Society research team looked at the reasons why deaths from dementia are on the rise and how the numbers compare with deaths due to other major diseases.

The latest death statistics for England and Wales, released by The Office for National Statistics (ONS), showed the number of people dying of dementia is steadily increasing year on year.
In contrast, the number of people dying from heart disease and stroke has been declining. In 2015, dementia overtook heart disease and stroke as the UK’s biggest cause of death. The percentage of all UK deaths from the top four leading causes in 2017 were dementia, heart disease, stroke and lung cancer.